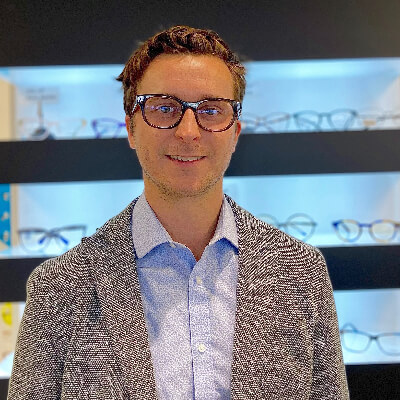 Dr. Logan Phenuff grew up in Prince George and studied Biomedical Sciences and First Nations Studies at the University of Northern British Columbia. During his time at UNBC he played on the men’s varsity soccer team and was an active member of the outdoor community.

Upon finishing his undergraduate studies, he was accepted into University of Waterloo’s Optometry and Vision Science program. Highlights of his degree include completing an ocular disease rotation at the Eye Foundation of Utah in Salt Lake City, providing volunteer eyecare services to locals in Cap Haitian, Haiti, and serving as lead doctor on a trip to Dakar, Senegal alongside members of the US Peace Corps.

After graduating, Logan relocated to Victoria, BC to begin practicing. He looks forward to establishing himself at Peninsula Lifetime Eyecare Centre. Out of the office he can be found mountain biking the local trails, fishing up island, or surfing at Jordan River.