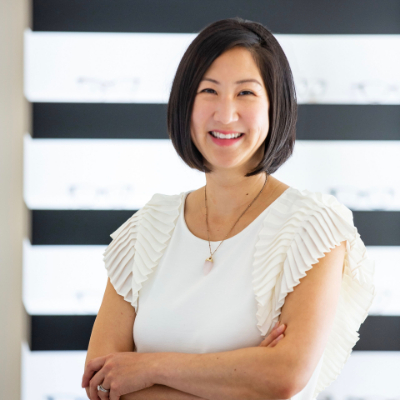 Dr Aisha Cheng was born and raised in Winnipeg and attended the University of Manitoba before receiving her Doctorate of Optometry from the University of Waterloo in 2002. She was then accepted into a residency program at the Illinois College of Optometry in Chicago where she specialised in Primary Eye Care and Ocular Disease. She moved to beautiful Victoria in 2003 where she began practising at Peninsula Lifetime Eyecare Centre and partnered into the practice in 2008. She prides herself in the quality of care she provides for her patients, her passion for the profession and the rapport she has built with her patients over the last 19 years. Dr Cheng is a member of the British Columbia Doctors of Optometry, the BC College of Optometrists and the Canadian Association of Optometrists. She is the proud mother of two young kids who keep her busy, but in her spare time, she enjoys exploring the beauty of Vancouver Island and travelling.